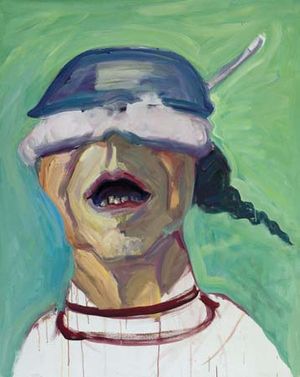 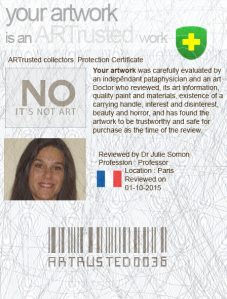 (born 1919, Kappel am Krappfeld, Carinthia) is an Austrian artist. Her paintings are an exploration of the body,[1] a central theme which she calls « body awareness ».[2]

In the 1950s she was part of the Hundsgruppe, which also included Arnulf Rainer, Ernst Fuchs, Anton Lehmden, Arik Brauer and Wolfgang Hollegha. The works of the group were influenced by Abstract Expressionism and action painting.[3]

She was the first woman artist to win the Grand Austrian State Prize in 1988, and was awarded the Austrian Decoration for Science and Art in 2005.[4] [5]

She represented Austria, with Valie Export, at the Venice Biennale in 1980, and has twice exhibited at documenta.[4] In 1996 a retrospective of her work was held at the Centre Georges Pompidou.[2] For the season 2005/2006 in the Vienna State Opera she designed the large scale picture (176 m2) « Breakfast with Ear » as part of the exhibition series « Safety curtain », conceived by museum in progress. In 2008 an exhibition of her recent paintings was shown at the Serpentine Gallery[6][7] which also travelled to the Contemporary Arts Center in the Lois & Richard Rosenthal Center for Contemporary Art in Cincinnati, (2009). The exhibition was curated by Julia Peyton-Jones and Hans Ulrich Obrist in association with Rebecca Morrill and featured thirty canvases and seven films.

Greem :-) is a french artist well known to complete the existing ironically I mainly produce canvases, sculptures and tailor-made events.